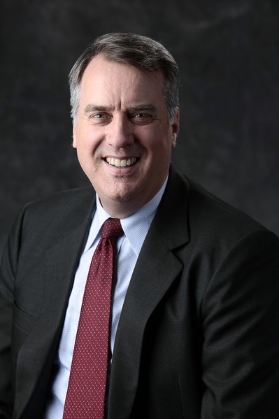 Robert is senior international counsel with Zhong Lun Law Firm, one of the top three Chinese domestic law firms. He was the first senior foreign lawyer to join a leading Chinese law firm.

Robert was licensed to practice law in California in 1985, and has worked continuously in China since 1993. His practice focuses on in-bound and out-bound cross-border corporate and commercial transactions. He is fluent in spoken Mandarin and written Chinese.

Robert is the author of numerous professional articles, including a year-long series on China law topics for the International Financial Law Review (IFLR). He is also the co-author of two books in China for Chinese legal practitioners, “The Art of Legal Drafting” with John Jiang and “Pioneering the Modern Chinese Law Firm Management System” with Dr. Shi Jiansan.  In addition, he is the author of the book “’Rules of the Game’ for Chinese Enterprises Going Abroad” for senior managers of Chinese companies.

Robert is the only foreign lawyer who is a member of All China Lawyers Association Legal Training Committee, and has conducted hundreds of hours of training for Chinese lawyers and in-house legal counsel in co-operation in the ACLA and the State-owned Assets Supervisions and Administration Commission (SASAC) over more than a decade. More recently, he has been a featured lecturer on outbound investment projects in a series of programmes organised by the National Development and Reform Commission (NDRC) at national and provincial levels for government officials and senior managers in Chinese enterprises.

Robert is the co-founder of the China Going Global Think-tank (CGGT), which is an information and services platform for Chinese outbound investors.